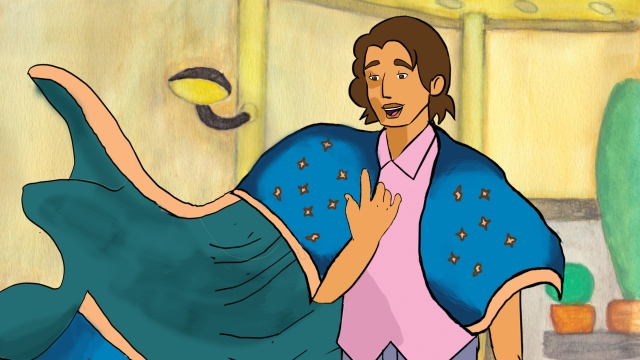 Alex has wanted to have a baby almost as long as she can remember. But how is a butch Chicana lesbian supposed to get sperm? Asking gay friends for a donation? Using sperm banks? Picking up men at nightclubs? In this first person story, Alex’s very strong drive to have a baby results in humorous and dramatic adventures. She is willing to take unexpected risks to achieve her goal.

This project is a collaboration of the director/animator Barb Taylor and writer/director Karleen Pendleton Jiménez. The two artists worked together previously on the award winning short film Tomboy

How to Get a Girl Pregnant is based on the book of the same name by Karleen Pendleton Jiménez, published in 2011 by Tightrope Books. It was a finalist for a Lambda Literary Award and chosen for the 2013 Over The Rainbow List by the American Library Association.

Support from Ontario Creates and Liaison of Independent Filmmakers of Toronto has enabled Coyle Digital to create a pilot which will be available shortly. For more on Coyle Digital visit Coyle Digital.

This is a text widget, which allows you to add text or HTML to your sidebar. You can use them to display text, links, images, HTML, or a combination of these. Edit them in the Widget section of the Customizer.
%d bloggers like this: